The bitcoin rate for the first time in history overcame $ 20,000 and rushed up

For the first time in history, the bitcoin rate confidently overcame the important level of $ 20,000 and set a new all-time high just above $ 20,800.

The past few months have been busy for Bitcoin. On November 30, the first cryptocurrency exceeded $ 19,860 in an attempt to step over the previous historical maximum, but never made it to it. Bitcoin has set a new record today, and there are many reasons for this success.

Binance CEO Changpeng Zhao believes that it is not only about large investments by institutional investors that stimulate high liquidity of bitcoin. A clearer position of regulators in relation to bitcoin also plays an important role. According to Zhao, this gives hope that Bitcoin and other cryptocurrencies will provide financial freedom around the world in the long term. 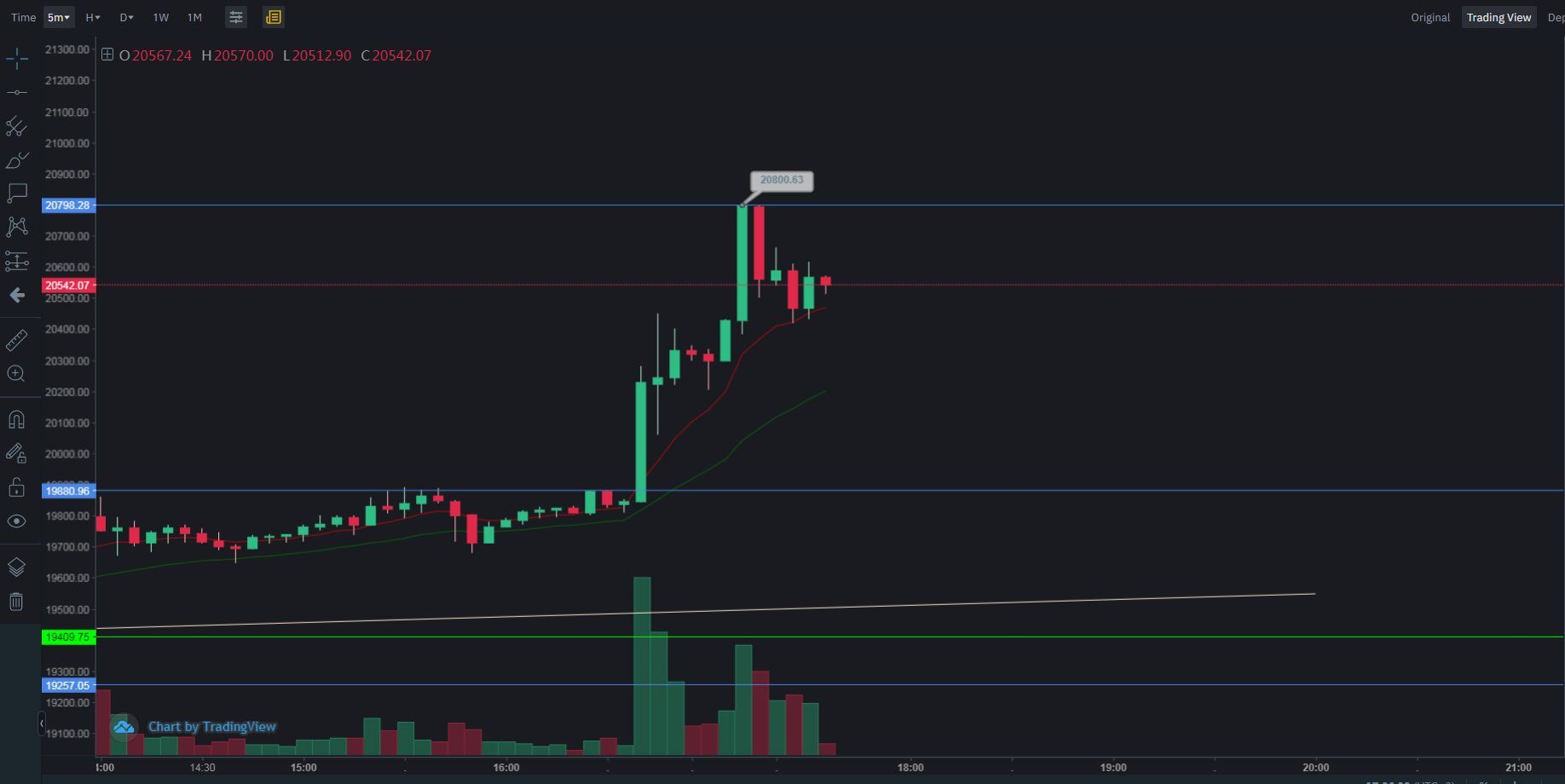 Recently, Bitcoin has started to receive high marks from well-known investors. Raoul Pal, CEO of analytical firm Global Macro Investor and cryptocurrency enthusiast, sold all the gold he had and bought BTC and ETH with the proceeds. Renowned investing book author Robert Kiyosaki expects bitcoin to rise to $ 50,000, recommending buying cryptocurrency while it is below $ 20,000.

However, the question now arises as to how long Bitcoin will be able to stay at this level. After the famous “bullish rally” of bitcoin in 2017, already in January 2018, BTC was worth half as much – about $ 9,500. Greenidge Generation CFO Tim Rainey believes bitcoin is more resilient in 2020 than it was in 2017. In the face of a pandemic and economic crisis, many view it as one of the best savings.

Morgan Creek Digital co-founder Anthony Pompliano believes that macroeconomic factors and the May halving of the miner reward contributed to the rise in Bitcoin. Pompliano suggested that the bitcoin rate will grow very aggressively next year.