Grayscale Invesments rebalanced the Digital Large-Cap fund, which includes cryptocurrencies with a large market capitalization. The shares of BTC and ETH are increased due to XRP, BCH and LTC. 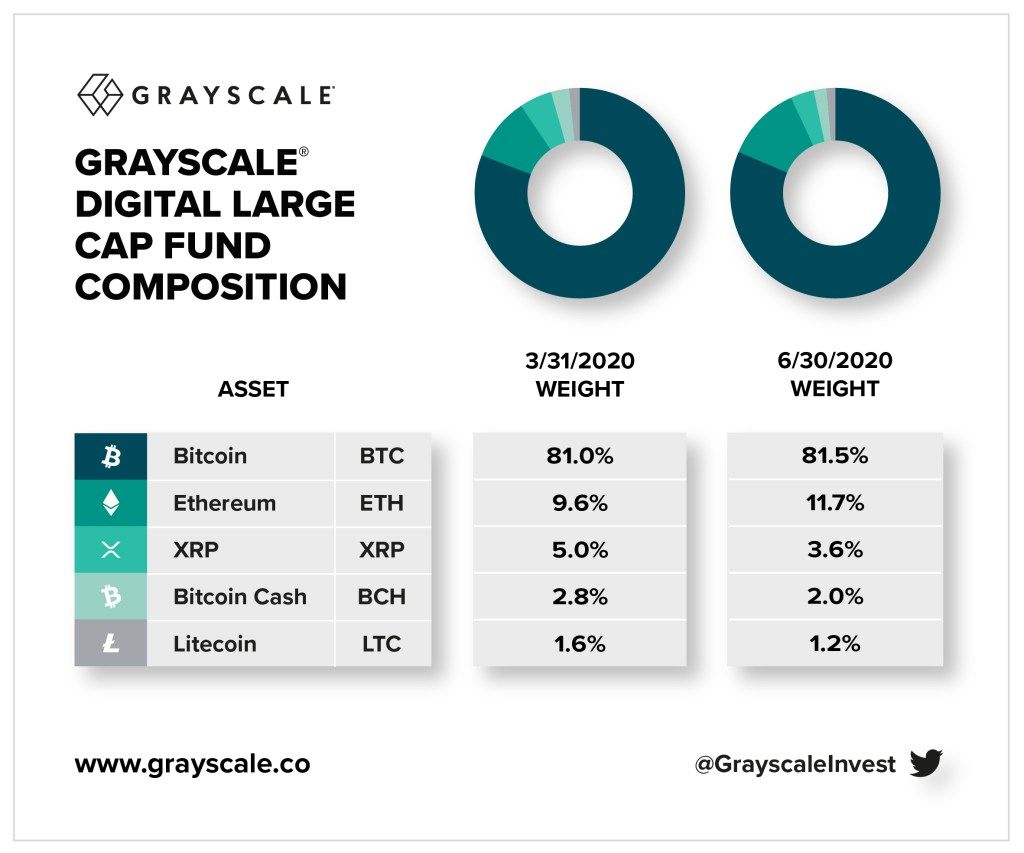 The fund is rebalanced quarterly and is based on changes in the share of cryptocurrencies in the market. At the same time, of the cryptocurrencies represented in the fund, only Ethereum increased its dominance from 8.17% to 9.8%. For other coins, the indicator decreased, including Bitcoin – from 65.78% to 62.46%, but this did not prevent the company from increasing the share of BTC by 0.5%. 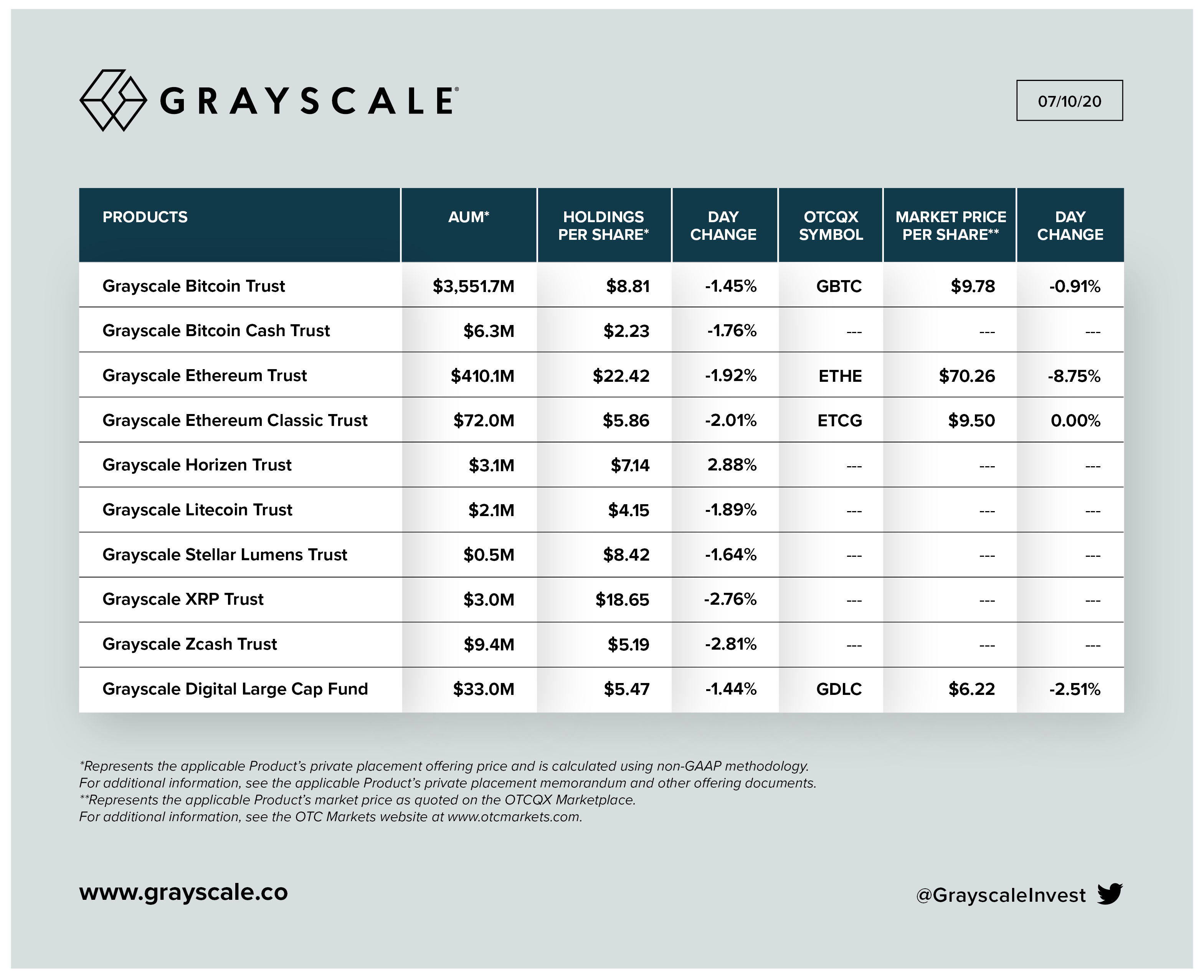 The capitalization of the Digital Large-Cap Fund is relatively small – only $ 33 million. For comparison, the oldest Grayscale Bitcoin Trust (GBTC) costs $ 3.55 billion. The Ethereum Trust, in which $ 410 million was invested, is also quite popular. The total amount of assets in cryptocurrencies managed by Grayscale Investments is $ 4.1 billion.

At the end of June, analyst Kevin Rooke calculated that the company was buying three times as many bitcoins as it mined. At that time, Grayscale bought 19,879 BTC in a week, while the total number of bitcoins mined was only 7,081 BTC.