According to Chainalysis, over 77% of mined BTC is in the wallets of investors, while new buyers come to the market. The supply / demand ratio is driving BTC’s growth.

According to a new study by the analytical company Chainalysis, institutional investors influenced the decrease in the supply for the purchase of BTC and the subsequent increase in the price of the cryptocurrency.

“Although the total amount of BTC in circulation is growing every day, the actual amount of coins available for purchase depends on whether the owners want to sell them,” analysts at Chainalysis said.

Currently, 77% of the mined 14.8 million BTC, excluding coins, access to which is lost, are in inactive wallets – at addresses from which “less than 25% of BTC ever received” were sent.

“This leaves a pool of only 3.4 million BTC available to buyers as demand rises,” says Chainalysis. 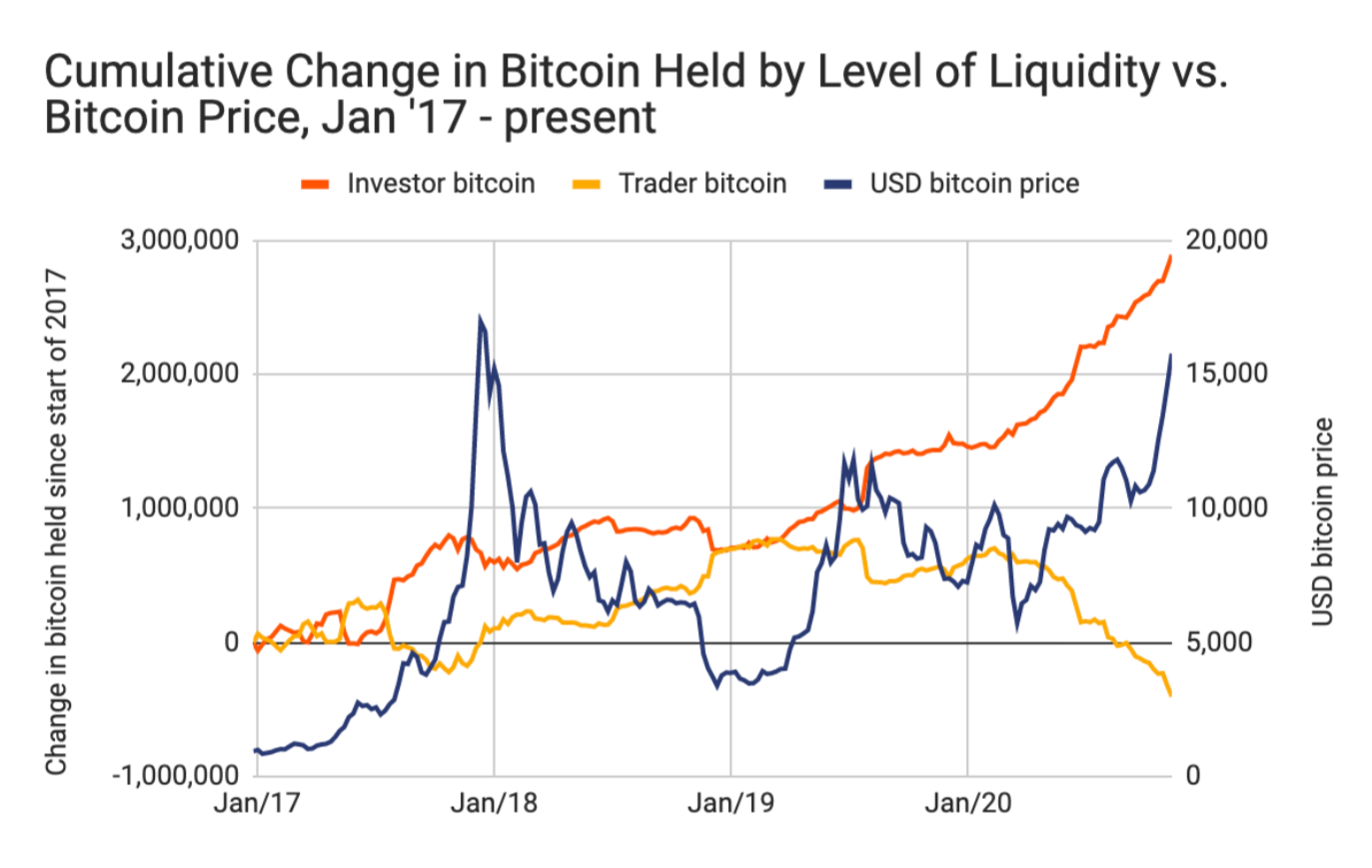 Analysts at Chainalysis point to large Bitcoin investments from Square and MicroStrategy as the main drivers of institutional investment growth. This growth has benefited the North American exchanges, which have seen an increase in net inflows of BTC since January 2020.

“This is what we expected as institutional investors, mainly based in North America and Europe, are more likely to buy BTC on these exchanges, both for ease of use and regulatory reasons,” says Chainalysis.

After the purchase, investors follow the HODL strategy. At the same time, new users enter the cryptocurrency markets, and the number of active Bitcoin addresses in the middle of the month approached the level of the end of 2017. Fiat-backed exchanges are also seeing an influx of BTC.

“These factors, combined with the accumulation of BTC by large investors who choose long-term storage of cryptocurrencies, have created a unique situation. Now, first-time buyers looking to buy BTC and planning to exchange fiat currencies for BTC to protect against alarming macroeconomic trends, users form the majority of the current demand, ”notes Chainalysis.